Why Jimmy Kimmel Is 100% Right About Healthcare 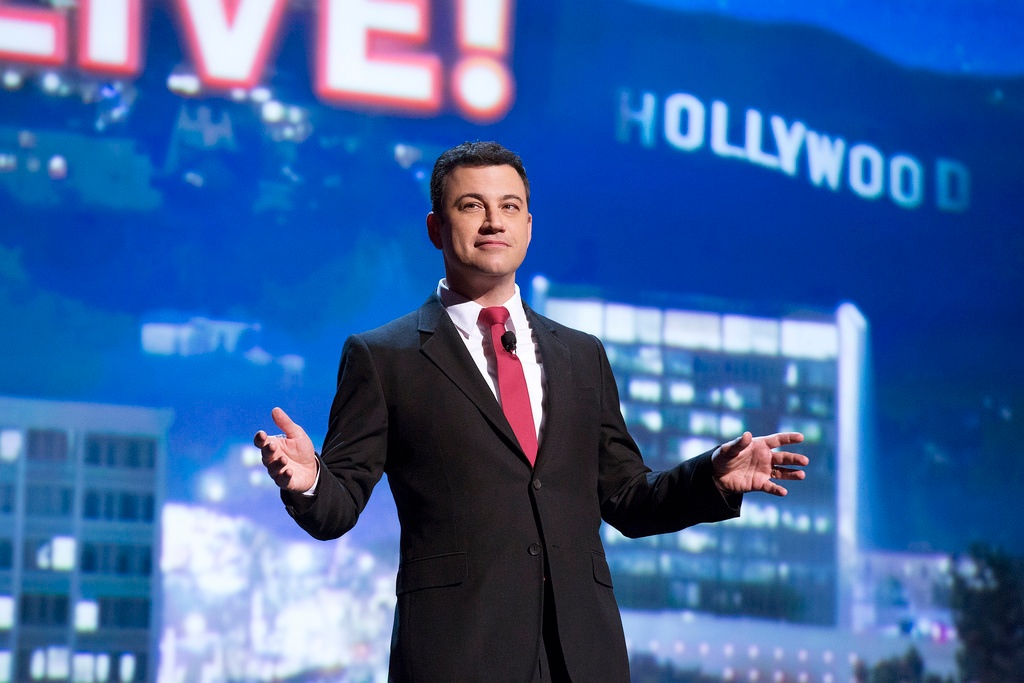 Last week, “Jimmy Kimmel Live!” was off the air. On Monday night, Kimmel explained the reason for his absence: his wife had given birth to a baby boy, but within hours of the delivery, doctors discovered their son had severe heart defects. He was rushed to the O.R. for an emergency surgery, which ultimately proved successful.

Kimmel shared his family’s experience in a heart-wrenching opening monologue. During his speech, he called out the White House and GOP leaders for proposed legislation that, according to a number of experts, would limit access to vital care for individuals with pre-existing conditions.

As the New York Times pointed out, Kimmel’s message captured the fears of those concerned:

If your baby is going to die, and it doesn’t have to, it shouldn’t matter how much money you make. I think that’s something that, whether you’re a Republican or a Democrat or something else, we all agree on that, right?”

Kimmel’s monologue has since gone viral, sparking fierce debate among politicians and everyday Americans about what exactly the government’s role in healthcare should be.

What Does the GOP Bill Mean for Pre-Existing Conditions?

Earlier this week, President Trump claimed the proposed American Health Care Act (AHCA) would “guarantee” coverage for those with pre-existing conditions. "Pre-existing conditions are in the bill. And I mandate it. I said, 'Has to be,'" Trump explained to CBS's John Dickerson on "Face the Nation."

However, a closer look reveals that while the bill may require insurers to provide coverage for those with pre-existing conditions, carriers would be able to charge higher rates for patients they deem “high-risk.”

Under the new plan, states would set up “high-risk pools” for those with pre-existing conditions, meaning that people with chronic illnesses, like diabetes and asthma, would likely end up paying higher premiums and potentially face gaps in coverage.

The American Medical Association is urging Congress to oppose the bill, explaining that there is “no certainty that the requirement for states to have some kind of reinsurance or high-risk pool mechanism to help such individuals will be sufficient to provide for affordable health insurance or prevent discrimination against individuals with certain high-cost medical conditions."

The AARP projects that premiums for those in high-risk pools could be as high as $25,700 per year — or $2,141 a month. And that’s just for basic care. Liberal think tank Center for American Progress estimates that insurers would charge as much as “$71,880 extra for a patient with lung cancer, and $17,060 extra for a pregnant woman.” These kinds of skyrocketing costs would almost certainly result in many being priced out of coverage and ending up uninsured.

Access to Necessary Care Should Be a Basic Right

My question is, how can you claim you’re guaranteeing “access to coverage” for those with pre-existing conditions when the cost of that coverage is clearly out of reach for the vast majority of Americans? I know politicians are skilled in the art of semantic acrobatics, but people’s lives are at stake here. As Kimmel pointed out, “This isn’t football. There are no teams. We are the team, it’s the United States. Don’t let their partisan squabbles divide us on something every decent person wants.”

Instead of arguing over who should and should not have access to care, we need to start focusing more energy on reducing healthcare costs in general. That means leveraging the plethora of media channels (digital and traditional) available to us to help educate patients on everything from general health and wellness, to rare disease treatments, to critical care options like clinical trials; connecting people with more economical solutions when applicable, such as telehealth, remote monitoring, and sensor technologies; and investing in a digital infrastructure to improve patient care and access to information so they can make more informed decisions and seek out treatment before conditions become chronic or life-threatening.

The point is, it doesn’t matter if you’re a newborn with a potentially fatal heart condition or a 65-year-old who was just diagnosed with cancer — whether you live or die shouldn’t depend on how thick your wallet is. We’re better than that...aren't we?